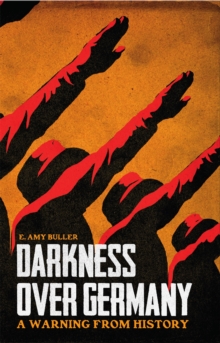 Darkness Over Germany : A Warning From History Paperback / softback

Hitler gave voice to a cry that came from the heart of a nation. Originally published in 1943, Darkness over Germany is a poignant and timely reminder of how high youth unemployment and the disenfranchised working class gave Hitler a savage worship. Between 1934 and 1938 Buller interviewed hundreds of men and women in Germany.

This book is the result as Buller explores the deep sense of injustice felt by hundreds of German men and women which led to the ensuing Nazi ideology, and which could have been written today.