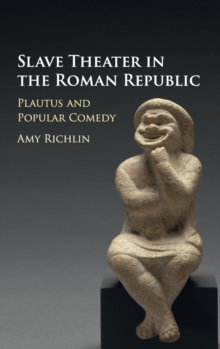 Troupes of lower-class and slave actors traveled through a militarized landscape full of displaced persons and the newly enslaved; together, the actors made comedy to address mixed-class, hybrid, multilingual audiences.

Surveying the whole of the Plautine corpus, where slaves are central figures, and the extant fragments of early comedy, this book is grounded in the history of slavery and integrates theories of resistant speech, humor, and performance.