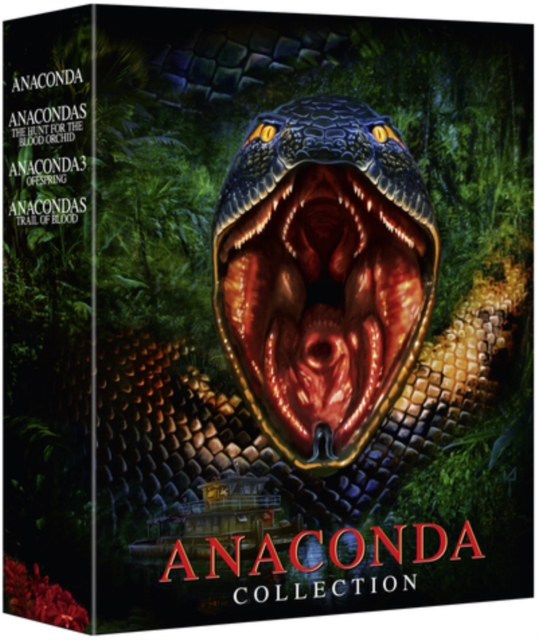 All four films from the reptilian cult horror franchise.

In 'Anaconda' (1997) Dr Steven Cale (Eric Stoltz) and Terri Flores (Jennifer Lopez) are filming a documentary in the Amazon jungle when they rescue the enigmatic Paul Serone (Jon Voight).

Serone has his own agenda, however, as his quest to capture a deadly 40-foot anaconda places the lives of everyone on the team in peril.

In the sequel 'Anacondas - The Hunt for the Blood Orchid' (2004) a pharmaceutical company sends a group of horticulturalists on a scientific expedition to Borneo in search of a rare flower - the Blood Orchid - that can reputedly bestow immortality.

But the group is alarmed to discover that the precious plant is being guarded by a terrifying population of bloodthirsty anacondas, who have been imbibing the orchid's restorative properties for years - making them faster and stronger than ever.

The third instalment 'Anaconda 3 - Offspring' (2008) sees David Hasselhoff playing ruthless mercenary Stephen Hammett, who is on the hunt for a pair of giant serpents that are on the loose and causing havoc in the Romanian countryside.

Teaming up with researcher Amanda Hayes (Crystal Allen), Hammett must stop the slithering, homicidal boas before they reach the city.

In the fourth instalment 'Anaconda 4 - Trail of Blood' (2009) the baby anaconda captured at the end of the previous film has become the subject of experimentation for a leading scientist who creates a cell regeneration serum that enables the snake to multiply at an alarming rate.

When the scientist mysteriously disappears and the snakes escape, dying millionaire Murdoch (John Rhys-Davies) sends a team to track him down, and Dr Amanda Hayes, determined to destroy the serum and kill the mutant snakes, also joins in the frantic search. 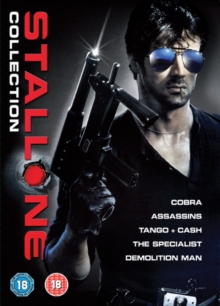 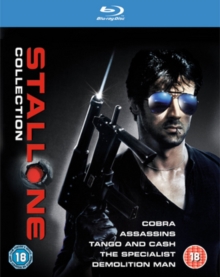 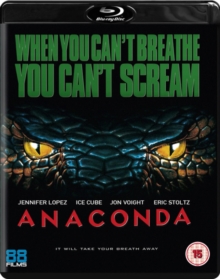