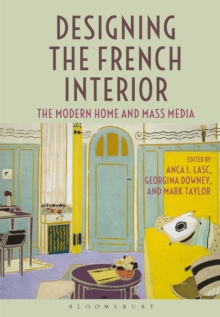 Designing the French Interior traces France's central role in the development in the modern domestic interior, from the pre-revolutionary period to the 1970s, and addresses the importance of various media, including drawings, prints, pattern books, illustrated magazines, department store catalogues, photographs, guidebooks and films, in representing and promoting French interior design to a wider audience.

Contributors to this original volume identify and historicise the singularity of the modern French domestic interior as a generator of reproducible images, a site for display of both highly crafted and mass produced objects, and the direct result of widely-circulated imagery in its own right.