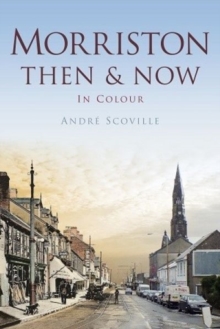 Morriston has grown rapidly over the last 100 years.

Though it was constructed around 1796, it was in the early twentieth century that it became a thriving industrial area.

Spacious streets were built alongside a river and then two railway lines and a canal arrived.

In later years the m4 motorway, a large hospital and the DVLA have all made an impact.

In the fast-growing town, little exists to suggest Morriston's history, but this book aims to give residents a glimpse into the town's past. This absorbing collection of previously unpublished photographs from respected Morriston historian, Andre Scoville, sets the peaceful old town against the larger present-day town, and informative captions explain what events have taken place over the years.

The book will interest anyone who lives, or has lived, in the area.