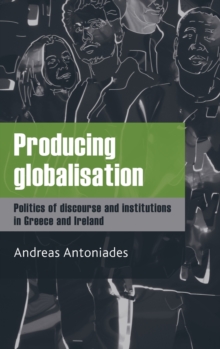 Producing Globalisation : Politics of Discourse and Institutions in Greece and Ireland Hardback

How can we study globalisation in a way that transcends the material/ideational rift?

How has globalisation resonated and/or dominated in different national contexts?

What role has been played by national political economies and domestic institutions in this process?Producing globalisation attempts to scrutinise the nature of the interplay between globalisation and national institutional settings.

Rather than taking globalisation as a given, this book explores how concrete political actors produced the phenomenon of globalisation.

Such an approach aims to bring human agency and its importance to the forefront of theory and practice in world politics and economics.

The analysis is based on two case-studies, Greece and Ireland.

Thus the author invites us to think differently both about the nature of globalisation and the nature of the hegemonic within international political economy. -- . 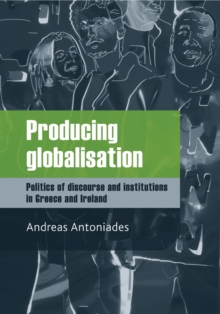