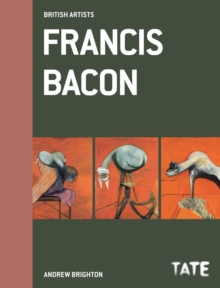 When Three Studies for Figures at the Base of a Crucufixion was exhibited in 1945 Francis Bacon (1909 - 1992) instantly became the most controversial painter in the country.

By the end of his life his status as one of the giants of modern art was established, as was his reputation for hard drinking and heavy gambling. Andrew Brighton casts fresh light on Bacon's formation as an artist in gay and aristocratic bohemian London circles.

He locates Bacon at the core of contesting ideas and values, while firmly grounding his reading of Bacon's work in an understanding of his working methods and technique.

Penetrating the seeming horror of Bacon's painting this book reveals the ideas, the beliefs and the life that formed one of the most successful artists of the twentieth century.