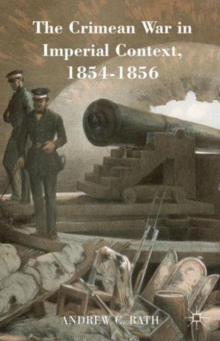 The Crimean War was fought far from its namesake peninsula in Ukraine.

Until now, accounts of Britain's and France's naval campaigns against Czarist Russia in the Baltic, White Sea, and Pacific have remained fragmented, minimized, or thinly-referenced.

This book considers each campaign from an imperial perspective extending from South America to Finland.

Ultimately, this regionally-focused approach reveals that even the smallest Anglo-French naval campaigns in the remote White Sea had significant consequences in fields ranging from medical advances to international maritime law.

Considering the perspectives of neutral powers including China, Japan, and Sweden-Norway, allows Rath to examine the Crimean conflict's impact on major historical events ranging from the 'opening' of Tokugawa Japan to Russia's annexation of large swaths of Chinese territory.

Complete with customized maps and an extensive reference section, this will become essential reading for a varied audience.