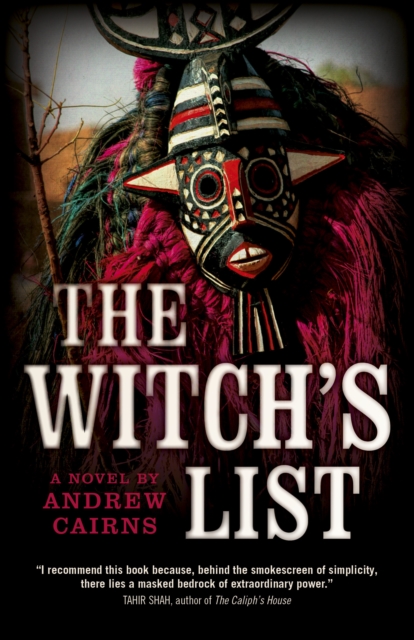 Sandy Beech doesn't believe in witches and the supernatural.

However, certain strange events occur which put his scepticism to the test: a burning book, a falling crucifix, a mysterious illness, and a fire in a convent which kills all twelve nuns.

On her death bead, Bernadette, the last surviving nun, warns him to control his lusts and avoid African women.

Sandy finds this difficult, since he is attracted to exotic, dark-skinned women and after his hedonistic university exchange year in Paris, marries Rocky from the Ivory Coast.

Five years later, childless and with the marriage souring, they decide to visit Rocky's home country.

Sandy is drawn into a world of strange beliefs and practices: he finds out about the Witch's List - a list of people destined to die, and is attacked by various animals starting with a ferocious dog in Abidjan.

He delves further and further into the realm of African witchcraft, but the horrific truth remains obscure...

The Witch's List is the first of a trilogy.