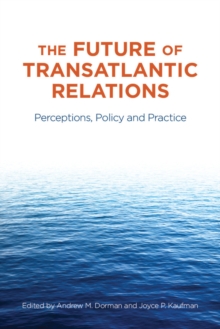 Since the end of the Cold War, and especially following the US decision to invade Iraq, the once strong partnership between the US, Canada, and the European allies has faced the serious possibility of significant change, or even dissolution.

At the very least, fundamental differences have emerged in the ways that many of the partners, perceive the issues that are most important to them-from perceptions of the threat of terrorism and attitudes to the use of force, to expectation about the future nature of the NATO Alliance-and in the ways in which those perceptions have become translated into policy decisions.

In this book, experts from both sides of the Atlantic seek to explain why there has been so much divergence in the approach the various countries have taken. And it seeks to raise questions about what those divergent paths might mean for the future of transatlantic relations.