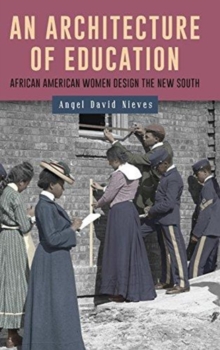 This volume focuses broadly on the history of the social welfare reform work of nineteenth-century African American women who founded industrial and normal schools in the American South.

Through their work in architecture and education, these women helped to memorialize the trauma and struggle of black Americans.

Author Angel David Nieves tells the story of women such as Elizabeth Evelyn Wright (1872-1906), founder of the Voorhees Industrial School (now Voorhees College) in Denmark, South Carolina, in 1897, who not only promoted a program of race uplift through industrial education but also engaged with many of the pioneering African American architects of the period to design a school and surrounding community.

Similarly, Jane (Jennie) Serepta Dean (1848-1913), a former slave, networked with elite Northern white designers to found the Manassas Industrial School in Manassas, Virginia, in 1892. An Architecture of Education examines the work of these women educators and reformers as a form of nascent nation building, noting the ways in which the social and political ideology of race uplift and gendered agency that they embodied was inscribed on the built environment through the design and construction of these model schools.

In uncovering these women's role in the shaping of African American public spheres in the post-Reconstruction South, the book makes an important contribution to the history of African Americans' long struggle for equality and civil rights in the United States. Angel David Nieves is Professor of History and Digital Humanities at San Diego State University. 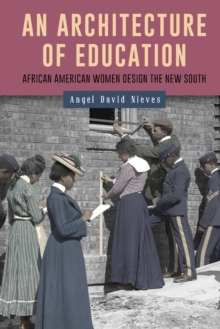 An Architecture of Education - African...