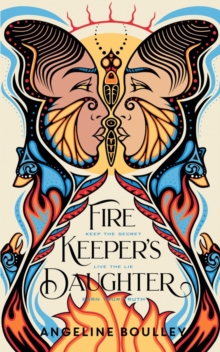 ** Soon to be a Netflix series with the Obamas' Higher Ground Production Company **** Reese Witherspoon YA book club pick ** ** No. 1 New York Times Bestseller ** 'Raw and moving' Cosmopolitan 'A story that grips like a bulldog clip on your heart' Katherine Rundell, author of The Good Thieves 'Thrilling and heartwrenching' Aisha Bushby, author of A Pocketful of Stars 'This fat, satisfying novel ably conveys a sense of place and nuanced, complex feeling; it's both an interrogation of racist misogyny and a swift-paced, compelling thriller' Guardian Keep the Secret.

Live the Lie. Earn your Truth. For fans of Angie Thomas and Tommy Orange comes a ground-breaking YA thriller about a Native American teen who must root out the corruption in her communityEighteen-year-old Daunis's mixed heritage has always made her feel like an outsider, both in her hometown and on the nearby Ojibwe reservation.

When she witnesses a shocking murder, she reluctantly agrees to be part of a covert FBI operation into a series of drug-related deaths.

But the deceptions - and deaths - keep piling up and soon the threat strikes too close to home.

Now Daunis must decide what it means to be a strong Anishinaabe kwe (Ojibwe woman) and how far she'll go to protect her community, even if it tears apart the only world she's ever known.