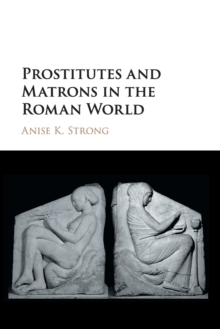 Prostitutes and Matrons in the Roman World Paperback / softback

Prostitutes and Matrons in the Roman World is the first substantial account of elite Roman concubines and courtesans.

Exploring the blurred line between proper matron and wicked prostitute, it illuminates the lives of sexually promiscuous women like Messalina and Clodia, as well as prostitutes with hearts of gold who saved Rome and their lovers in times of crisis.

Tracing the evolution of social stereotypes and concepts of virtue and vice in ancient Rome, this volume reveals the range of life choices and sexual activity, beyond the traditional binary depiction of wives or prostitutes, that were available to Roman women.