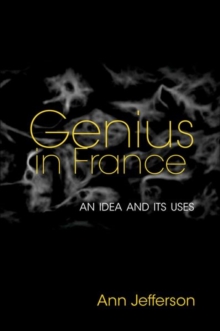 Genius in France : An Idea and Its Uses Hardback

This engaging book spans three centuries to provide the first full account of the long and diverse history of genius in France.

Exploring a wide range of examples from literature, philosophy, and history, as well as medicine, psychology, and journalism, Ann Jefferson examines the ways in which the idea of genius has been ceaselessly reflected on and redefined through its uses in these different contexts.

She traces its varying fortunes through the madness and imposture with which genius is often associated, and through the observations of those who determine its presence in others. Jefferson considers the modern beginnings of genius in eighteenth-century aesthetics and the works of philosophes such as Diderot.

She then investigates the nineteenth-century notion of national and collective genius, the self-appointed role of Romantic poets as misunderstood geniuses, the recurrent obsession with failed genius in the realist novels of writers like Balzac and Zola, the contested category of female genius, and the medical literature that viewed genius as a form of pathology. She shows how twentieth-century views of genius narrowed through its association with IQ and child prodigies, and she discusses the different ways major theorists--including Sartre, Barthes, Derrida, and Kristeva--have repudiated and subsequently revived the concept. Rich in narrative detail, Genius in France brings a fresh approach to French intellectual and cultural history, and to the burgeoning field of genius studies.

Also by Ann Jefferson   |  View all 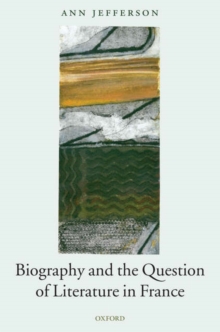 Biography and the Question of... 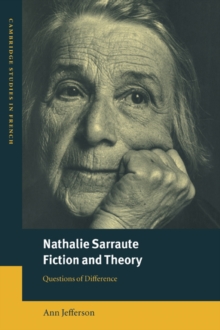