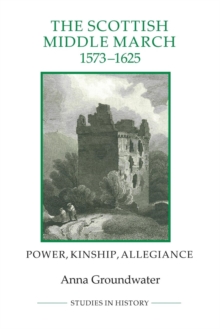 The Scottish Borders experienced dramatic change on James VI's succession to the throne of England: where characteristically hostile Anglo-Scottish relations had encouraged cross-border raiding, James was to prosecute a newly consistent pacification of crime in the region.

This volume explores his actions in the Middle March, the shires of Roxburgh, Peebles and Selkirk, by examining governmental processes and structures of power there both before and after Union.

It suggests that James utilised existing networks of authority, with the help of a largely co-operative Borders elite that remained in place after 1603; kinship and alliance helped to form these networks, and government is shown to have used their associated obligations.

The book thus overturns the traditional view of a semi-anarchic region beyond the control of government in Edinburgh. Building on this account of the transformation wrought by Union, the volume also places the Middle March in the context of Scottish state formation and the intensification of administrative activity and political control, particularly within James' determined efforts to suppress feuding.

It therefore tests wider claims made by historians about the changing nature of governance and judicial processes in early modern Scotland as a whole, and within a nascent "Great Britain". Anna Groundwater lectures in British and Scottish History at the University of Edinburgh. 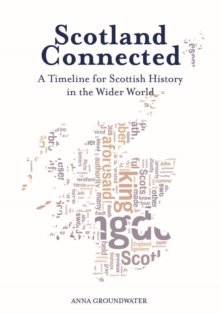