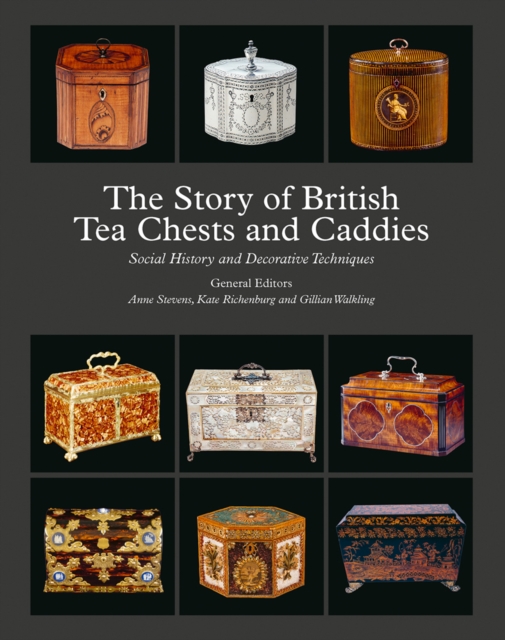 Tea was introduced to Britain in the 1650s. Its popularity burgeoned over the following two-and-a-half centuries, until it became a defining feature of British culture. Drawing inspiration from China, British craftsmen worked to display their skills on numerous tea-related objects, which ritualised the process of drinking tea and imbued it with luxury status.

Calling on an array of different materials and techniques, they developed a huge variety of canisters and lockable containers for storing and preserving this precious commodity. Tea chests and caddies were not merely functional items that might lurk at the back of the kitchen - they were intended for display and were an essential accoutrement for fashionable women.

As the habit of tea drinking filtered down the social scale, caddies were made in larger numbers and in more affordable forms. This book brings together a great range of decorative antique tea containers, presenting them alongside detailed historical research conducted into their making and their place in British society across the centuries.

It also explores the materials and techniques employed.

With historical art showing tea's integration into British society, examples of old trade cards and original designs, and a wealth of illustrations of the objects themselves, this is a must-buy book for historians, collectors and those interested in the decorative arts.