Originally published in 1964, this is a critically acclaimed classic history of the military engagements of the Somme that raged from July to November 1916.

It tells of bloody battles interspersed with trench actions of dreadful intensity.

In addition to the key confrontations, Farrar-Hockley provides a detailed background to the Somme planning and why it failed with dreadful casualties.

In its entirety, the conflict along the Somme scarred the minds of a whole generation, becoming recorded by historians as the graveyard of the 'flower of British manhood'. With a new introduction by Charles Messenger, and a touching foreword by the author's son, Dair Farrar-Hockley, this new edition of The Somme is a testament to those who gave their lives on this famous battlefield. 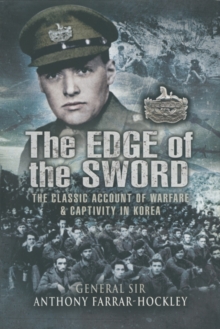 Edge of the Sword, The: the Classic...