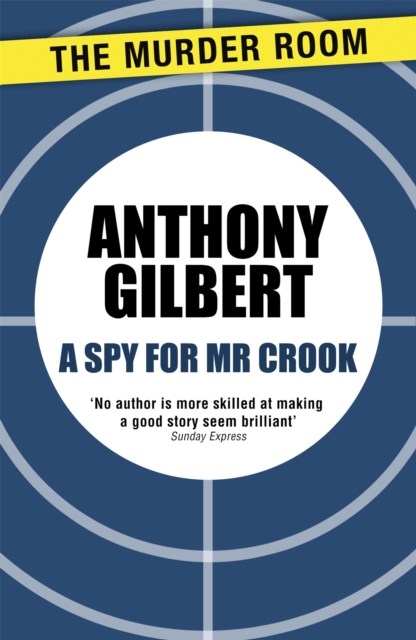 Murder, politics and Nazi sympathisers - Arthur Crook has his detection skills pushed to the limit., with a most unlikely conspirator... Classic crime from one of the greats of the Detection Club'The lobby of the House of Commons was very full on the momentous afternoon that Miss Sarah Bennett, a composed and amused spinster, torn from her happy obscurity by an energetic and enterprising Minister of Labour, came from the Temporary Pass Office, up the stairs, through a corridor lined with effigies of the great . . .'Arthur Crook, and valiant conspirator Miss Sarah Bennett, secretary to Allen Wilkinson Stout MP, adventure through murders, Nazi incitement and parliamentary happenings to save a wing commander arrested for murder.