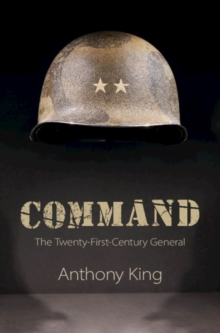 by Anthony (University of Warwick) King

In the wake of the troubled campaigns in Afghanistan and Iraq, military decision-making appears to be in crisis and generals have been subjected to intense and sustained public criticism.

Taking these interventions as a starting point, Anthony King examines the transformation of military command in the twenty-first century.

Focusing on the army division, King argues that a phenomenon of collective command is developing.

They commanded individualistically, even heroically.

As operations have expanded in range and scope, decision-making has multiplied and diversified.

As a result command is becoming increasingly professionalised and collaborative.

Through interviews with many leading generals and vivid ethnographic analysis of divisional headquarters, this book provides a unique insight into the transformation of command in western armies.