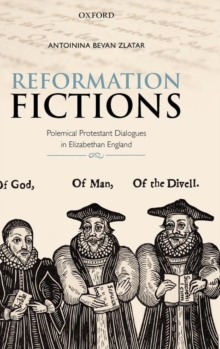 Reformation Fictions rehabilitates some twenty polemical dialogues published in Elizabethan England, for the first time giving them a literary, historicist and, to a lesser extent, theological reading.

Writers like John Veron, Anthony Gilby, George Gifford, John Nicholls, Job Throckmorton, and Arthur Dent, to name the most prolific, not only understood the dialogue's didactic advantages over other genres, they also valued it as a strategic defence against the censor.

They were convinced, as Erasmus had been before them, that a cast of lively characters presented antithetically, often with a liberal dose of Lucianic humour, worked wonders with carnal readers.

Here was an exemplary way tomake doctrine entertaining and memorable, here was the honey to make the medicine go down.

They knew too that these dialogues, particularly their use of manifestly imaginary interlocutors and a plot of conversion, licensed the delivery of singularly radical messages.

What comes to light is a body of literature, often scurrilous, always serious, that gives us access to early modern concepts of fiction, rhetoric, and satire.

It showcases the imagery of Protestant polemic against Catholicism, and puritan invective against the established Elizabethan Church, all the while triggering the frisson that comes from the illusion of eavesdropping on early modern conversations. 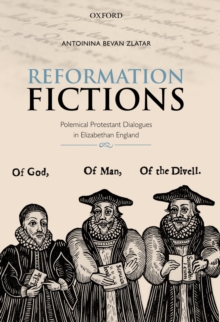