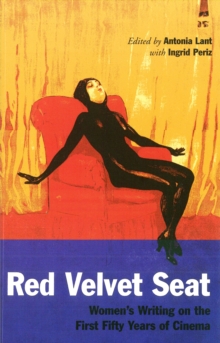 As viewers, actresses, directors and writers, women have always been central to cinema.

However, full evidence of their roles has until nowremained scant and dispersed, eclipsed in historical opinion formed through thetexts of men.

In magisterial scale Red Velvet Seat restores this film culture tovisibility, using women's written accounts from the beginnings up to 1950 tounderstand the significance of cinema for them.

For each section, AntoniaLant and Ingrid Periz provide an introduction, explaining the historicalcontext and linking their themes to the major social and political movements oftheir time, as well as to more traditionally feminine concerns.

Compendious and absorbing, Red Velvet Seat is an invaluablecontribution to the history of cinema.