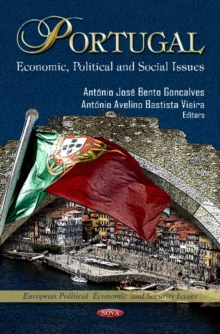 Portugal is a state of southern Europe, with Lisbon, the nation's largest city, as its capital.

The mainland is located in the extreme south-west of the Iberian Peninsula bordering the north and east with Spain, and to the west and south by the Atlantic Ocean.

The Portuguese territory also encompasses two autonomous regions: the archipelagos of Madeira and the Azores in the Atlantic Ocean.

One of the oldest nations in Europe, Portugal has changed immensely over the past 40 years.

The revolution of 1974, which established democracy, the decolonization, the negotiation and finally accession to the European Union and, most recently, the adoption of the Euro, have profoundly marked the past four decades and changed the entire structure of the country.

This book outlines the present Portuguese economic, political and social issues of the new millennium.