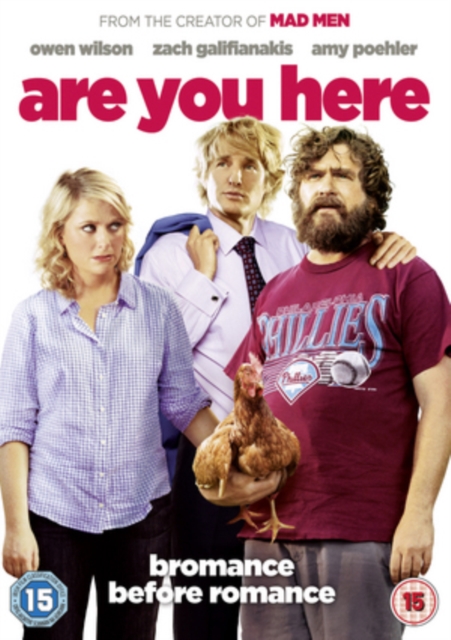 Are You Here DVD

Immature Ben Baker (Galifianakis) has no purpose in life.

When his father dies he and his best friend, weatherman Steve Dallas (Wilson), journey to his family home.

At the will reading Ben discovers he has been left his father's entire estate, much to his successful sister Terry (Poehler)'s chagrin.

This newfound wealth and sense of responsibility give meaning to Ben's existence.

Meanwhile, those around him search for purpose in their own lives.