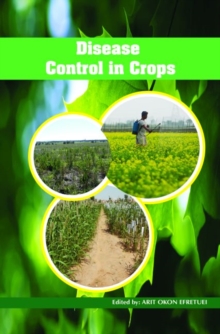 The word "pesticide" is derived from Latin words pest -(which meansharm)and caedo (which means to destroy); it is the common name inchemical preparations for the destruction of organisms (pest) which cause damage to crops and livestock.

By their nature, pesticidal substances are biologically active; they are capable of causing disturbances in the vital activity of living organisms of plant and animal origin.

However, the degree of disruption of the vital activity of various organisms with the same substance is different due to the selectivity of its action, or selective toxicity, .i.e. the ability to affect one species of living organisms without undue influence on other species.

This factor is taken into account when using certain preparations in specific conditions and depending on the phytosanitary condition. The basis of selective toxicity of pesticides is the species differences of biochemical mechanisms of vital activity of organisms.

Identification of differences in biochemical processes is the way to create new pesticide substances.

Now tens of thousands of chemical compounds circulate in the environment.

Therefore, the problem of environmental protection from chemical pollution exists in all countries of the world, including Ukraine.

The current level of development of science and technology can prevent pollution.

The first feature of pesticides, compared to other chemical compounds, is the impossibility of preventing their circulation in the biosphere.

A significant number of pesticides are carried by air streams to the upper atmosphere.

They are able to circulate around the globe and fall with rain on the ground.

Pesticides are chemical compounds designed to kill a living organism, which is the second feature.

Having biological activity, they are potentially dangerous for wildlife and human health.