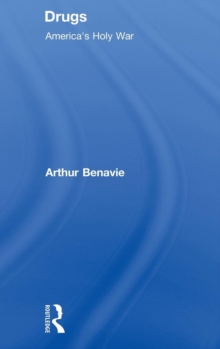 Using the best scientific evidence, Drugs: America's Holy War explores the impact and cost of America's "War on Drugs" - both in tax spending and in human terms.

Is it possible that US drug policies are helping to proliferate, not prevent, a multitude of social ills including: homicide, property crime, the spread of AIDS, the contamination of drugs, the erosion of civil liberties, the punishment of thousands of non-violent people, the corruption of public officials, and the spending of billions of tax dollars in an attempt to prevent certain drugs from entering the country?In this controversial new book, award-winning economist Arthur Benavie analyzes the research findings and argues that an end to the war on drugs, much as we ended alcohol prohibition, would yield enormous international benefits, destroy dangerous and illegal drug cartels, and allow the American government to refocus its attention on public well-being.