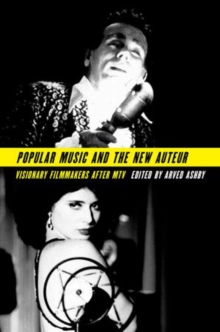 Movies have never been the same since MTV. While the classic symphonic film score promised direct insight into a character's mind, the expanded role of popular music has made more ambiguous the question of when, if ever, we are allowed to see or share a character's emotions.

As a result, the potential for irony and ambiguity has multiplied exponentially, and characterization and narrative capacities have fragmented.

At the most basic level, this new aesthetic hasrequired filmgoers to renegotiate some of their most basic instinctual connections with the human voice and with any sense of a filmmaking self.

Music videos widened the creative vocabulary of filmmaking: they increased speeds of event in cinema and deflecting filmmakers from narrative, characterization, and storytelling toward a concentration on situation, feeling, mood, and time.

Ashby and his contributors definethese filmmakers' relation to the soundtrack as their key authorial gesture.

These filmmakers demonstrate a fresh kind of cinematic musicality by writing against music rather than against script, and allowing pop songs a determining role in narrative and imagery.

Featuring important new theoretical work by someof the most stimulating and provocative writers in the area today, Popular Music and the New Auteur will be required reading for all who study film music and sound. It will also be particularly relevant for readers in popular music studies, and its intervention in the ongoing debate on auteurism will make it necessary reading in film studies.