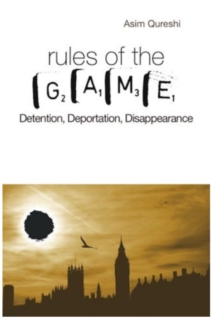 In the aftermath of the suicide bombings on London's transport infrastructure in July 2005, the then Prime Minister Tony Blair said that 'the rules of the game have changed'.

He referred to how his government planned to respond to the attacks, but few people at the time anticipated that counter-terrorism would become synonymous with circumventing time-honoured concepts such as the rule of law.

It is associated now with words such as profiling, incommunicado detention, rendition and torture."Rules of the Game" investigates global counter terrorism through the perspective of those affected by such measures.

Asim Qureshi's indefatigable research took him to East Africa, Pakistan, Sudan, the USA, Bosnia and Canada to record the testimonies of the victims of these detention policies.

He analyses the effects of global counter-terrorism not as individual policies or pieces of legislation, but rather as parts of a larger phenomenon that has uniformly changed the way governments view justice and eroded fundamental norms in pursuit of often phantom terrorists.

Among the issues he discusses are profiling of Muslims by security services and concurrent mass arrests; the use of detention without charge, control orders and incommunicado detention; rendition; domestic detention policies in North America; and how the establishment of Guantanamo Bay has affected global perceptions of justice and imprisonment.