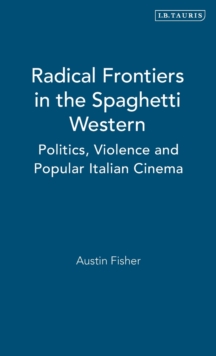 Though 1960s European cinema frequently reflected the shifting ideological tides which now characterise the era in the popular imagination, the complex and extensive relationship of the Italian - or 'Spaghetti' - Western to these political ferments has gone almost entirely unnoticed.

Radical Frontiers in the Spaghetti Western fills this gap as the first in-depth analysis of militant political trends in the Italian Western.

Providing a detailed, historically-grounded examination of the films of Damiano Damiani, Sergio Sollima and Sergio Corbucci, Austin Fisher reveals how and why these filmmakers responded to international and national events by inscribing Italian Far Left revolutionary doctrine, and a legitimacy of violence, into the genre.

Offering fresh perspectives across the Western genre while recasting the Spaghetti's influential position in exploitation cinema, Fisher brings the genre more firmly into the tradition of European political filmmaking.