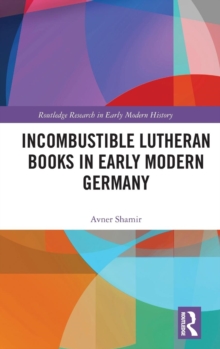 This book discusses the early modern engagement with books that survived intentional or accidental fire in Lutheran Germany.

From the 1620s until the middle of the eighteenth century, unburnt books became an attraction for princes, publishers, clergymen, and some laymen.

To cope with an event that seemed counter-intuitive and possibly supernatural, contemporaries preserved these books, narrated their survival, and discussed their significance.

This book demonstrates how early modern Europeans, no longer bound to traditional medieval religion, yet not accustomed to modern scientific ways of thinking, engaged with a natural phenomenon that was not uncommon and yet seemed to defy common sense.