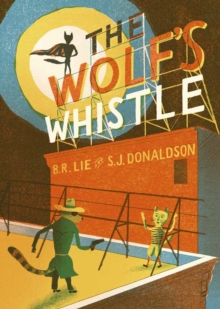 The first instalment in the Nobrow 'Behind the Tails' series, which explores the back stories of fairy tales' most notorious villains.

The first follows Albert, a comic-creating, scrawny little wolf who spends his lunch break drawing and dreaming of selling his story to Wonder Comics.

In reality he is terrorised by the three bratty Honeyroast brothers - sons of the local property magnate who will stop at nothing to torment their weaker classmates.

Eventually Albert is forced to take arms against his oppressors and fulfill his destiny as the crime-fighting Lone Wolf.