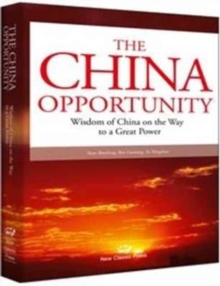 China has become the global focus in 2013. Research institutes, media, scholars and national governments around the world are quite interested in discussing issues related to China and predicting the future of China.

According to related statistics, "China Rises" has been the most popular buzz words in various world media over the past decade.