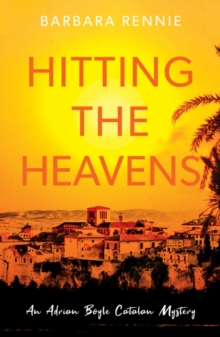 It is the first day of the hunting season. In the hills overlooking the Costa Brava a young graffiti artist, Cisco Perez, falls to his death while painting a mural on the tower of Casa Cielo.

The Catalan police hastily rule the death an accident but Cisco's mother Juanita is convinced that her son didn't fall but was pushed either by one of the hunters or by the anti-hunt protesters who were also on the mountain that day.

Juanita hires a local private detective, former London Metropolitan Police superintendent Adrian Boyle, to investigate. A widower, he is dealing with his own grief over the death of his Catalan wife Ana and his inappropriate growing infatuation with his beautiful sister-in-law Carmen. With the help of Inspector Rosa Pujol of the Catalan police, Boyle investigates the case. He soon discovers that prominent families in the area and several of Cisco's friends all have a grudge to endure and he eventually uncovers a mystery of love, hatred and betrayal that stretches back to the Spanish Civil War.