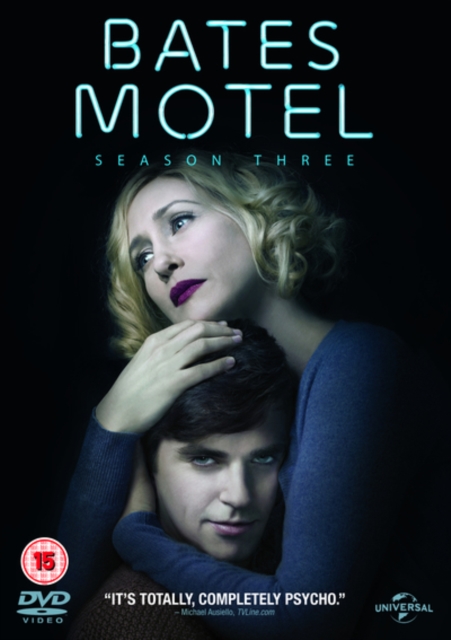 All ten episodes from the third season of the mystery thriller series starring Vera Farmiga and Freddie Highmore.

Norma lives in White Pine Bay, Oregon, with her son and together they run a motel business on the Pacific coast.

The mother-son relationship is something of a community concern, but Norman and Norma are both aware that White Pine Bay's citizens have many secrets of their own... The episodes are: 'A Death in the Family', 'The Arcanum Club', 'Persuasion', 'Unbreak-able', 'The Deal', 'Norma Louise', 'The Last Supper', 'The Pit', 'Crazy' and 'Unconscious'.