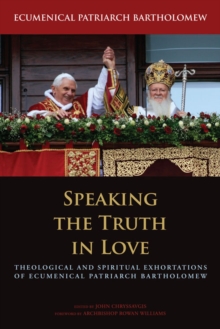 Part of the Orthodox Christianity and Contemporary Thought series

The second of three volumes of His All Holiness Ecumenical Patriarch Bartholomew's writings, this book includes a selection of major addresses and significant statements by the "first among equals" and spiritual leader of the world's 300 million Orthodox Christians.

Whereas the first volume covered global and interfaith issues, this volume represents the inter-Christian initiatives and theological outreach of the Patriarch, covering a range of topics, such as ecumenism and theology.

It also contains various ecclesiastical declarations, such as occasional pastoral encyclicals and extraordinary patriarchal exhortations. His All Holiness was trained and experienced in inter-Christian relations, having pursued studies in Roman Catholic theology at the Gregorian University of Rome, Protestant thought at the University of Munich, and the ecumenical movement beside the World Council of Churches in Geneva.

Moreover, he has lectured widely on the significance and role of Orthodox theology in contemporary society, having received honorary doctoral degrees from esteemed academic institutions throughout the world.

Unafraid to address sensitive, and even controversial issues - such as papal primacy, divisions within Christianity, and inter-Orthodox unity - His All Holiness balances Orthodox doctrine and canon law with open-mindedness and open-heartedness. His official visits to Rome as the personal guest of Pope John Paul II marked the first occasions in history that an Ecumenical Patriarch met with the Roman Catholic Pope in Rome.

His invitation to Pope Benedict XVI marked the opening of the Pontiff's ministry and his first visit to a Christian minority within a Muslim nation. Over the last two decades, he is also the first Ecumenical Patriarch to have traveled throughout the world and to have convened meetings of all Orthodox primates of autocephalous Churches as well as of all bishops directly within the Ecumenical Patriarchate.

This book reveals the spiritual depth and profound doctrine of the Orthodox Church from the unique perspective of a Christian leader speaking the truth in love.

Also in the Orthodox Christianity and Contemporary Thought series   |  View all 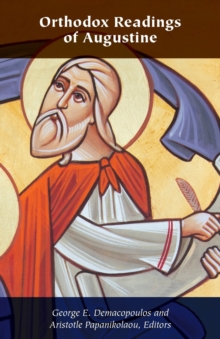 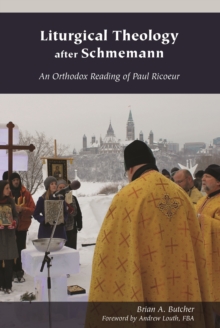 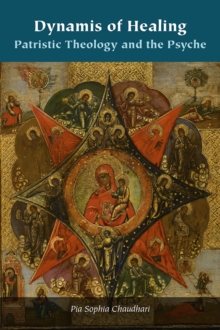 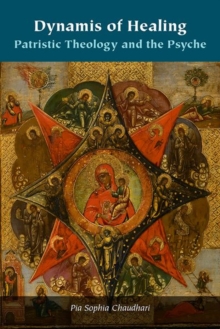