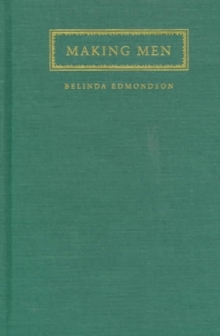 Colonialism left an indelible mark on writers from the Caribbean.

Many of the mid-century male writers, on the eve of independence, looked to England for their models.

The current generation of authors, many of whom are women, have increasingly looked-and relocated-to the United States.

L. R. James and V. S. Naipaul, among others-and contemporary Caribbean women writers such as Jean Rhys, and Jamaica Kincaid, Paule Marshall, and Michelle Cliff, who now live in the United States. Discussing the canonical Caribbean narrative as it reflects national identity under the domination of English cultural authority, Belinda Edmondson focuses particularly on the pervasive influence of Victorian sensibilities in the structuring of twentieth-century national identity.

She shows that issues of race and English constructions of masculinity not only are central to West Indian identity but also connect Caribbean authorship to the English literary tradition.

This perspective on the origins of West Indian literary nationalism then informs Edmondson's search for female subjectivity in current literature by West Indian women immigrants in America.

Making Men compares the intellectual exile of men with the economic migration of women, linking the canonical male tradition to the writing of modern West Indian women and exploring how the latter write within and against the historical male paradigm in the continuing process of national definition. With theoretical claims that invite new discourse on English, Caribbean, and American ideas of exile, migration, race, gender identity, and literary authority, Making Men will be informative reading for those involved with postcolonial theory, African American and women's studies, and Caribbean literature. 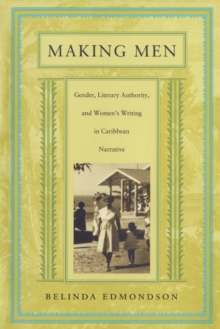 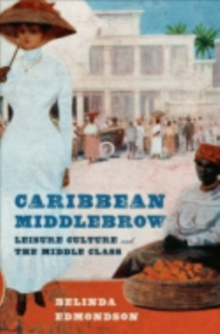