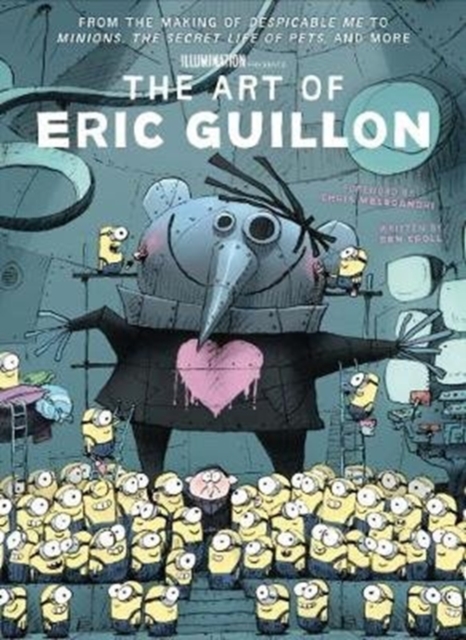 The Art of Eric Guillon - From the Making of Despicable Me to Minions, the Secret Life of Pets, and More Hardback

Delve behind the scenes of artist Eric Guillon's artwork for Illumination and Entertainment's popular films, including Despicable Me, Sing, and upcoming The Secret Life of Pets 2.

Illumination Entertainment has produced some of this century's most popular and successful animated films all over the world.

Artist Eric Guillon helped design many of the most beloved and iconic characters for these films, such as Gru and the Mininons from Despicable Me, the adorable animals in The Secret Life of Pets, and more.

Explore behind the scenes of Eric Guillon's artwork with this comprehensive coffee table book, which delves into Guillon's creative process and Illumination Entertainment's hit films.