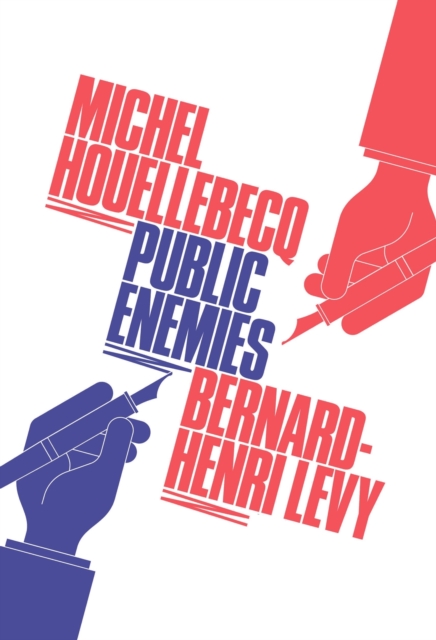 'Everything separates us from one another, with the exception of one fundamental point: we're both utterly despicable individuals.' (Houellebecq to BHL)In 2008, two of the most celebrated of French intellectuals Michel Houellebecq and Bernard-Henri Levy ('BHL') began a ferocious exchange of letters.

Public Enemies is the result. In their inimitably witty, inimitably fascinating, inimitably confrontational correspondence, they lock horns on everything, including literature, sex, politics, family, fame and even - naturally - themselves.

By turns caustic and touching, sincere and candid, Public Enemies reveals how these two immensely procovative writers came to be who they are.

Never dull, always incendiary, this is one literary fight you can't ignore.

The sparks fly from every page...