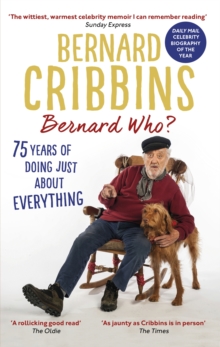 Bernard Who? : 75 Years of Doing Just About Everything Paperback / softback

'Essential' DAILY MAIL CELEBRITY BIOGRAPHIES OF THE YEAR'The book reads like it's Bernard sitting down and telling a story' Steve Wright, BBC Radio 2'A fitting celebration of one of our most versatile and enduring acting talents' Sunday Express'A rollicking good read - charming, unassuming and full of amiable, homespun wit' The OldieThe long-awaited autobiography of national treasure Bernard Cribbins. Bernard Cribbins's life has been an eventful one. In 1943, he left school aged fourteen and joined Oldham Repertory Company where he earned fifteen bob for a seventy-hour week.

After being called up for National Service in 1946 he became a paratrooper and spent several months in Palestine being shot at.

On returning home, and to the theatre, Bernard was eventually approached by George Martin, then an A&R man for Parlophone Records, who suggested he made a record.

Just months away from producing The Beatles, Martin asked Bernard to come to Abbey Road Studios in north London and, after teaching him how to sing into a microphone, they eventually recorded two hit singles - 'The Hole in the Ground' and 'Right Said Fred'.

These, together with appearances in now classic films such as Two Way Stretch and The Wrong Arm of the Law (not to mention a certain television programme called Jackanory), catapulted Bernard to stardom and, by the time he started filming The Railway Children in 1970, he was already a national treasure. Since then, Bernard's CV has been an A-Z of the best entertainment that Britain has to offer, and, thanks to programmes such as the aforementioned Jackanory, The Wombles, and, more recently, Old Jack's Boat, he has become the voice of many millions of childhoods.

Seventy-five years in the making and packed with entertaining anecdotes, Bernard Who? tells the wonderful story of one of the longest and most celebrated careers in show business. 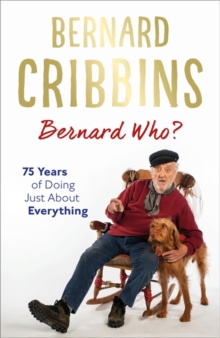 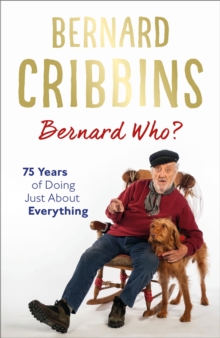