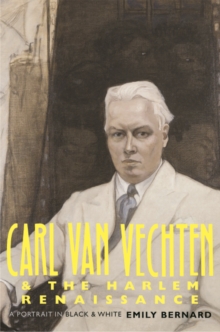 Carl Van Vechten and the Harlem Renaissance : A Portrait in Black and White EPUB

A groundbreaking inquiry into the life of the audacious Carl Van Vechten, and his singular and singularly controversial contributions to the Harlem Renaissance

This book is a partial biography of a once controversial figure. It is not a comprehensive history of an entire life, but rather a chronicle of one of his lives, his black life, which began in his boyhood and thrived until his death. The narrative at the core of Carl Van Vechten and the Harlem Renaissance is not an attempt to answer the question of whether Van Vechten was good or bad for black people, or whether or not he hurt or helped black creative expression during the Harlem Renaissance. As Bernard writes, the book instead “enlarges that question into something much richer and more nuanced: a tale about the messy realities of race, and the complicated tangle of black and white.”