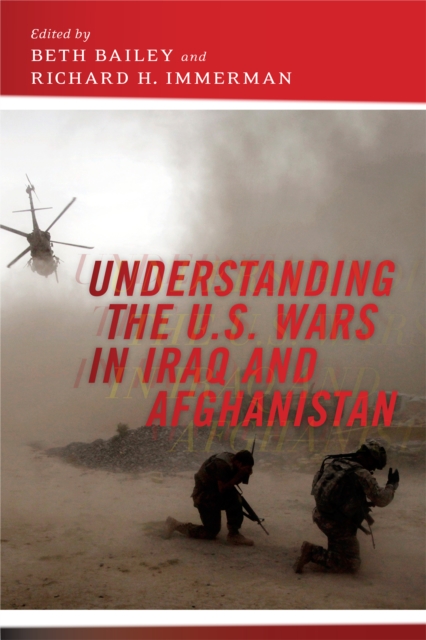 Understanding the U.S. Wars in Iraq and Afghanistan Paperback / softback

These wars were pivotal to American foreign policy and international relations.

They were expensive: in lives, in treasure, and in reputation.

They raised critical ethical and legal questions; they provoked debates over policy, strategy, and war-planning; they helped to shape American domestic politics. And they highlighted a profound division among the American people: While more than two million Americans served in Iraq and Afghanistan, many in multiple deployments, the vast majority of Americans and their families remained untouched by and frequently barely aware of the wars conducted in their name, far from American shores, in regions about which they know little.

Understanding the U.S. Wars in Iraq and Afghanistan gives us the first book-length expert historical analysis of these wars.

It shows us how they began, what they teach us about the limits of the American military and diplomacy, and who fought them.

It examines the lessons and legacies of wars whose outcomes may not be clear for decades.

In 1945 few Americans could imagine that the country would be locked in a Cold War with the Soviet Union for decades; fewer could imagine how history would paint the era.

Understanding the U.S. Wars in Iraq and Afghanistan begins to come to grips with the period when America became enmeshed in a succession of "low intensity" conflicts in the Middle East.