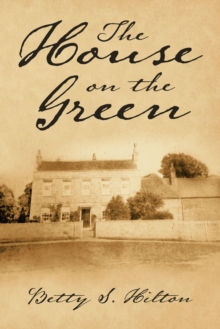 The House on the Green EPUB

Penny and friend apply for jobs in London. Excited to be going to the capital, neither girl had been far from their rural homes.

Now is the start of a great adventure. The house Penny arrived at looked very gloomy as also did the gaunt figure who opened the door. " You will be the new maid I suppose, follow me". Penny did, up three flights of stairs. The small room contained a bed, a small chest, a jug and basin on top and a chamber pot beneath the bed. No curtains, only bare boards. What a start!Her departure to the Doctors house was so, much better.

There she met Will. She saw him on the day she arrived driving the carriage.

His eyes twinkled at her as she stood aside to let them go. When his brother arrived with his tales of wolves, bears and gold, Will decided to join them on their quest to make their fortune.

He meant to marry Penny when he had his fortune. But first he had to get there, one of the coldest places on earth.