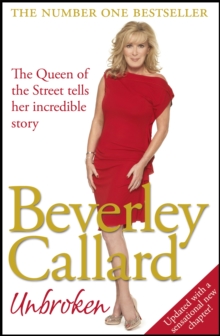 Beverley Callard has been loved by millions of viewers for the last twenty years in her role as feisty Rovers Return landlady Liz McDonald on Coronation Street.

But behind the scenes her rollercoaster life has been even more colourful than her character's. She has suffered from crippling depression, been divorced three times, and has had to start from scratch following infidelity and bankruptcy.

But every time she's been knocked down, Beverley has struggled through and steadfastly rebuilt her life. And it is that determination to cope with whatever life throws at her that has made Beverley's story one of inspiration to women everywhere.

She's now ready to tell it for the first time. From growing up in Leeds, coping with family tragedy, and marrying for the first time just after her seventeenth birthday, Beverley's childhood was at times tough.

But she was always surrounded by the love and laughter of her family.

Beverley talks candidly about the devastating impact of her three broken marriages and describes the happiness she has now found with her wonderful partner Jon. In this intimate and moving autobiography Beverley reveals a life of extraordinary highs - the wonderful times she's had wearing the shortest skirts on the Street! - and devastating lows - including the she suffered last year. Heartfelt, funny and shockingly honest, Unbroken is the gripping story of a truly remarkable woman. 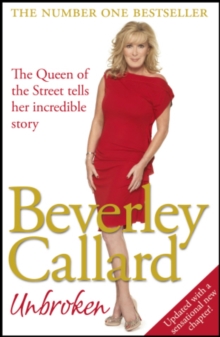