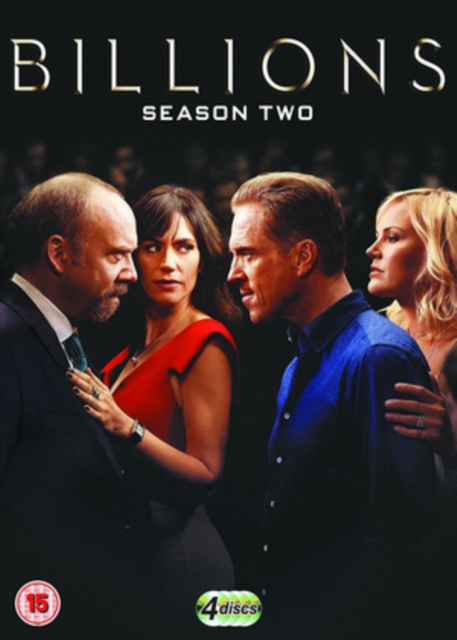 All 12 episodes from the second season of the American financial drama starring Paul Giamatti and Damian Lewis.

Reluctant to risk his perfect prosecution record on the seemingly clean public figure, Rhoades is willing to wait for him to make a mistake.

In this season, Axelrod attempts to reorganise his assets as he takes on a number of powerful rivals, while Rhoades looks for another high-profile case in order to rebuild his reputation.

The episodes are: 'Risk Management', 'Dead Cat Bounce', 'Optimal Play', 'The Oath', 'Currency', 'Indian Four', 'Victory Lap', 'The Kingmaker', 'Sic Transit Imperium', 'With Or Without You', 'Golden Frog Time' and 'Ball in Hand'.