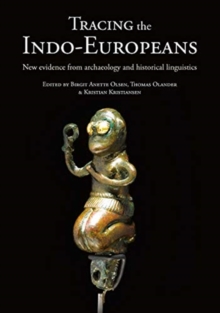 Recent developments in aDNA has reshaped our understanding of later European prehistory, and at the same time also opened up for more fruitful collaborations between archaeologists and historical linguists.

Two revolutionary genetic studies, published independently in Nature, 2015, showed that prehistoric Europe underwent two successive waves of migration, one from Anatolia consistent with the introduction of agriculture, and a later influx from the Pontic-Caspian steppes which without any reasonable doubt pinpoints the archaeological Yamnaya complex as the cradle of (Core-)Indo-European languages.

Now, for the first time, when the preliminaries are clear, it is possible for the fields of genetics, archaeology and historical linguistics to cooperate in a constructive fashion to refine our knowledge of the Indo-European homeland, migrations, society and language.

For the historical-comparative linguists, this opens up a wealth of exciting perspectives and new working fields in the intersections between linguistics and neighbouring disciplines, for the archaeologists and geneticists, on the other hand, the linguistic contributions help to endow the material findings with a voice from the past.

The present selection of papers illustrate the importance of an open interdisciplinary discussion which will gradually help us in our quest of Tracing the Indo-Europeans.