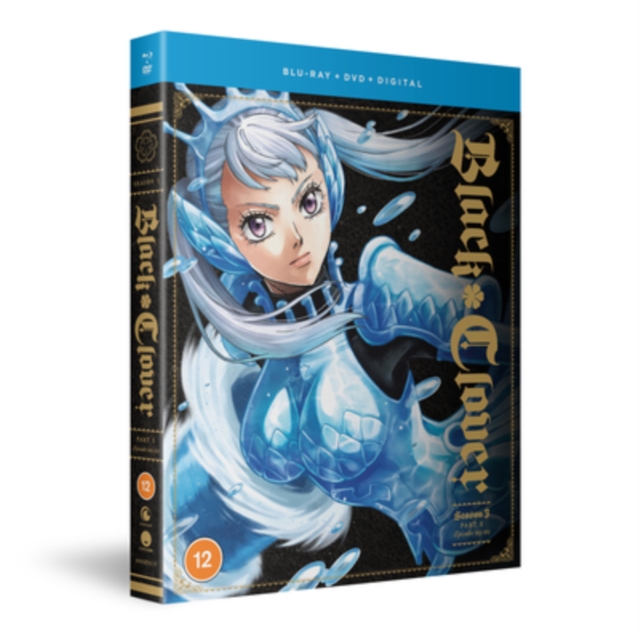 Episodes 103-112 from the third season of the Japanese anime which follows orphans Asta (voice of Gakuto Kajiwara) and Yuno (Nobunaga Shimazaki) as they make their way in the magical Clover Kingdom, both attempting to be crowned the Wizard King.

The episodes are: 'Release from Misfortune', 'Lightning of Rage Vs.

Friends', 'Smiles, Tears', 'Path of Revenge, Path of Atonement', 'The Battle for Clover Castle', 'Battlefield Dancer', 'Spatial Mage Brothers', 'The Raging Bull Joins the Showdown!!', 'The Eyes in the Mirror' and 'Humans Who Can Be Trusted'.