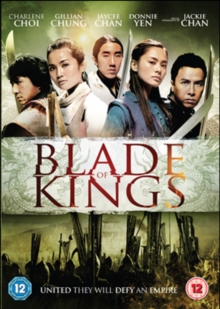 Fast-paced Hong Kong action adventure. Set in a land ruled by a vengeful queen (Ying Qu), who insists that all men will be slaves to women, the film follows the journey of two young brothers, Charcoal Head (Jaycee Chan) and Blockhead (Bo-Lin Chen), who come into the possession of a mysterious map.

Presuming that the map will lead them to treasure, the boys set out on an adventure in the hope of finding wealth and happiness.

They are pursued by Spring (Charlene Choi) and Blue Bird (Gillian Chung), two beautiful female warriors with secret intentions, and quickly discover that the map has led them into danger.

Will the boys be able to fight their way to the bottom of the riddle - and past rivals as formidable as the Lord of Armour (Jackie Chan) - to fulfil their destiny?