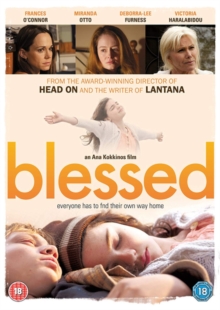 Australian drama from director Ana Kokkinos which examines the fraught relationship between a number of mothers and their children.

The action of the film occurs in two distinct phases.

The first follows the seven children over the course of a single day as they attempt to make it on their own in the unforgiving environment of the urban streets; the second follows the various mothers on the same day as, stricken with worry, they attempt to track down their missing children.

Gina (Victoria Haralabidou), who has deeply held religious convictions, is haunted by the belief that her son has been killed; Tanya (Deborra-Lee Furness), caring but overbearing, threatens to make things worse with her child by accusing him of stealing; while Rhonda (Frances O'Connor) is forced to face the agonising truth that, though she loves them deeply, her children may be better off without her.