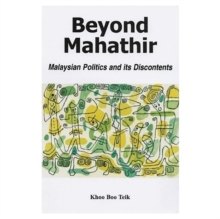 Beyond Mahathir : Malaysian Politics and Its Discontents Paperback

The planned retirement in October 2003 of Dr Mahathir Mohamad, Prime Minister of Malaysia since July 1981, has occasioned many "instant assessments" of the "Mahathir legacy".

In contrast, this book takes a hard look at the long-term social transformation behind the dramatic politics of the Mahathir era.

It ranges over issues of political economy, ideology, interethnic relations, the challenge of Islam and the complexities of leadership transition.

Khoo Boo Teik explains how the Mahathir regimes's mid-1990's "Asian values" triumphalism was replaced by the turn-of-the-millenium pessimism and the spectre of a second "Malay dilemma".

He aims to bring to life Mahathir's predicaments, the contradictions in Anwar Ibrahim's chequered career, and the cultural imperatives behind the historic rise of the Alternative Front's "rainbow coalition".

The result is an informed lay reader's guide to the momentous, disturbing and even inspiring events which overturned easy assumptions about ethnic politics in Malaysia, tested the regime's economic management, revealed the vitality of cultural revolt, and raised fundamental questions about the directions of the country post-Mahathir. 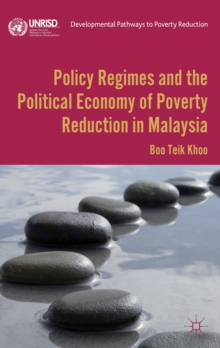 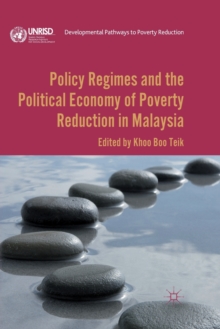