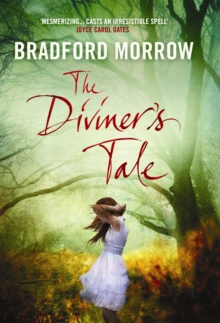 Cassandra Brooks is a single mother-of-two, schoolteacher and water diviner.

Deep in the woods as she dowses the land for a property developer, she is confronted by the body of a young girl, swinging from a tree, hanged.

When she returns with the authorities, the body has vanished.

Already regarded as an eccentric, her story is disbelieved- until a girl turns up in the woods, alive, mute and identical to the girl in Cassandra's vision. In the days that follow, Cassandra's visions become darker and more frequent as they begin to take on a tangible form.

Forced to confront a past she has tried to forget, Cassandra finds herself locked in a game of cat-and-mouse with a real life killer who has haunted her for longer than she can remember. At once an ingeniously plotted mystery and a magical love story, The Diviner's Tale will pull you helplessly down into Cassandra's luminous world.