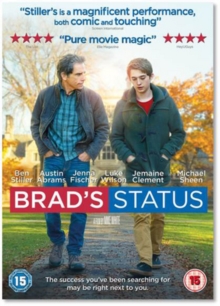 Ben Stiller stars in this comedy drama written and directed by Mike White.

As he prepares to send his son Troy (Austin Abrams) off to college, 47-year-old Brad Sloan (Stiller) begins to reflect on his life, comparing his accomplishments to those of his college friends.

With Craig (Michael Sheen) working for the White House, Jason (Luke Wilson) being in charge of a hedge fund and Billy (Jermaine Clement) having just sold his tech company for millions of dollars, Brad's mediocre job at a non-profit organisation pales in comparison.

Determined to get Troy into Harvard to give him the best chance of a good career, Brad puts a positive spin on his midlife crisis with all his efforts going in to motivating his son.